Saint Andrew Evangelical Lutheran Church in Arvada, Colorado has a unique origin.  It began in September, 1954 when the Badey family, members of Augustana Lutheran Church in Denver, donated four acres of their farm land for a new mission church in Arvada.  A community survey was taken, and the project was started.
​
The first worship service was held on Sunday, September 21, 1958, in the North Arvada Park Cottage School.  Services were soon moved to Secrest Elementary School, where they remained until the first church building was completed.  The cornerstone was laid on November 22, 1959. St. Andrew celebrated its sixtieth anniversary with a gala celebration in September, 2019. 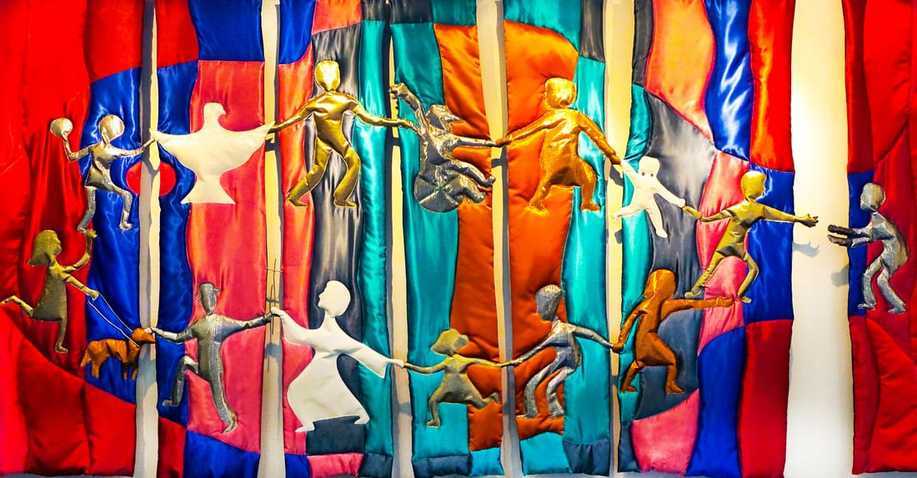 The tapestry featured in the headers on each page was created by members of St. Andrew.
It hangs in our entryway as a symbol and reminder that we are called to
include and welcome everyone into the circle of God’s love.
​
In the 1980s, a talented and creative group of people, led by Sue Torfin, created this amazing wall tapestry as a visual reminder that we gather in our diversity to be one in the body of Christ.
The members of St. Andrew have changed since the congregation first gathered in 1959, but the desire to be an inclusive church has been a constant theme for this neighborhood congregation.